Data Entry = Outlining A Novel. See How I Made That Leap. 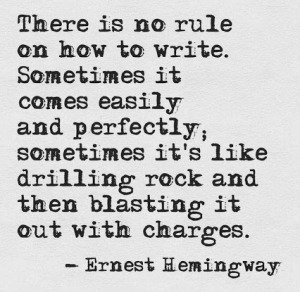 I spent most of the day yesterday doing data entry for Hubby. It was interesting. Why? You might ask, would I do that? Because I type upwards of 90 wpm while he swears as he types and there’s really only so much I can take. Still, I usually let him do his stuff himself as I’m just not up to taking dictation. Sorry, honey, but I ‘fix’ his sentences as he says them and twist everything into my style and it comes out somewhat different than he envisioned. (This is how I got out of doing the laundry too. I accidentally let something red slip in with the whites and suddenly he’s wearing pink underwear. I personally didn’t see what the big deal was. No one knew except us and I thought it was funny. He didn’t find it humorous so now he doesn’t let me in the laundry room. I’m serious. There’s still a complete ban in effect over a decade later. Oops.)

Anyway, so I helped my honey out by doing a bit of data entry yesterday. I got more done than he thought I would – which I suspect I should be insulted by. I also remembered why I don’t do data entry: even with headphones and good tunes, it’s mind-numbing. I kept ‘looking into’ anything I saw that was suspicious, which slowed me down but would be part of his job eventually and so that led to me getting even more done than he thought I would. At this rate, he’ll bribe me into doing it again. Chocolate might work.

I did devote a bit of time to thinking about the difference in what I was doing compared to what I usually do when sitting at a computer for that long. No, not the social media distractions, or looking at cats, or shopping on Amazon, or whatever: writing. I still do that you know. I have the next year mapped out, which is sort of annoying really. I don’t like outlines, but I’m living by them now. It made me think of outlines as data entry. Anyone see that coming? I thought I’d finally gone around the bend when the thought crossed my mind. I immediately switched playlists, but I doubt I could blame that on Nickelback or OneRepublic. Here, let me spell it out for you:

In a book, you start with an idea, right? At least I hope you have an idea. If not, go feed your muse, sweetie. Anyway, you have an idea and you take that and start writing out a list of what happens. Just the high points, that makes a basic outline. Then you fill in a few details here and there, flesh it out.

If you can’t picture the outline concept, try this: when you make your initial list of what happens, you’re making a list of chapters, maybe, or parts. You can do part I, II, III, etc, then chapters in each part, then add more detail and do scenes inside of the chapters. Does that help?

So you have your outline, just like I sat there with my long-ass list of things to enter into a database (which was not set up properly – Hello to Hubby’s so-called ‘Boss’ who should have listened to me in the first place because I used to set up databases so I know a little something about them! End rant. He’ll find out later.)

Pause for just a moment while I have a tiny fantasy about Hubby’s “Boss” having database issues in a few months – because it won’t take longer than that for this mess to crash and burn – and me just sitting there smirking, not saying “I told you.”

So you have an outline, now comes the data entry bit. I’m serious. If your outline is detailed enough, sometimes it feels like you’re just rewriting the notes into complete sentences and adding the punctuation for dialogue. It’s freaky. Those are the outlines that let you write 10,000 words a day. In truth, it’s sort of cheating, because you did so much prep work on the outline, it’s almost like you’re just rewriting what you already wrote. But you wrote that outline in layers, over time, so it isn’t like that. Try it sometime if you can, you’ll find out.

My outlines are not usually that complete. Sigh. Sometimes scenes are, maybe a chapter, but not an entire book. It’s only been in the last few years that I’ve even had partial outlines at all, so all you writers out there who are reading this thinking “OMG! I don’t outline at all!” don’t freak out, it’s fine.

At heart, I still don’t consider myself someone who outlines because I suck at it. I’m still a pantser. (Someone who writes by the seat of their pants.) Just because you know the end of your book and some things that happen in the middle, doesn’t mean you’re a planner, it means you know what happens. The fog has cleared enough that you saw the high points of those mountains in the distance, unfortunately you missed the jungle swamp, rope bridge over the bottomless chasm, and lake of steaming lava in between. A planner would know about those too.

There are purists who are one or the other, but I think most writers are a little of each. It’s better that way. Someone who is 100% pantser? Wow, that book is probably all over the place. On the flip side, a book written by someone who is 100% planner would have little whimsy. I like whimsy. People who plan every move and think about everything before they say it are stiff and boring. I don’t want to read about them. Good writers fall in the middle somewhere. Some may be a lot more planner than others, and that’s just fine. If they can do it, I applaud them. Some may be more pantser, like myself. We seem to write ourselves into corners, but not quite. Our characters fight with us and tell us what to do. It keeps things lively.

Either way, the books get written, the stories get told. That’s the important part. And if we have to take time out from telling those stories to do data entry so we can rediscover things, or pay the bills, so be it. Just as long as our imagination stays active. (Hey, did you know in Philadelphia there’s a company called Alarmist Security Systems? What a name. It makes me wonder if there’s a Hypochondriacs Care Clinic. I would totally go there, just to sit in the waiting room and stare at people.)

A Valentine Nightmare In The Making 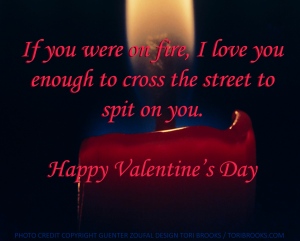 Ah, Valentine’s Day. And that quirky twist when it follows Friday the 13th – awesome. How can you not love that? If you don’t, do you have teenagers?

I mentioned on various social networking sites that I was mildly concerned about Valentine’s Day this year. The Girl is single this year, but has plans to go out and play with friends. (Had plans, Friday the 13th struck and she’s now a bit under the weather. Poor baby. Poor whiny baby.) The Boy also had (past tense) plans to hang out with friends (online) and play video games. Note: he’s not single. Well, he is, of course, but his new girlfriend doesn’t view the world the same way he does no matter how understanding she is. Hubby and I are simply astounded at how understanding this little freshman girl is. Really. I mean I wrote an understanding girlfriend, but she had dark ulterior motives and I’m sort of freaking a little here, except my son is not the character that teenage vixen had her sights on. Thank God for small miracles.

Anyway, that The Boy was planning on ignoring his new girlfriend for their first romantic opportunity had me a tiny bit concerned. First, where did I go wrong? Second, what was his scorned girlfriend going to do to show her displeasure. Was I lucky enough that it would simply be a breakup? Not likely. How would The Boy react? Would The Boy react? Had I unknowingly raised a sociopath? No, just an idiot.

As I planned a subtle talk with my youngest child to spare him from who knew what later drama, previously mentioned would-be creator of later drama took matters into her own hands. Somehow suspecting that The Boy was clueless, probably because he hadn’t initiated a damn thing so far in their relationship except for a couple walks to Dunkin Donuts or Menchie’s with her simply because A) he wanted to go B) he didn’t want to go alone C) no one else was available, and D) she was more or less on the way. Sigh, smart girl. Anyway, she showed up on our doorstep, on a skateboard, and asked if he’d take her the Valentine’s Dance. Point blank. There’s no wiggle room there. No more shrugs, we’ll see, later, nothing evasive – an answer was required and his parents were behind him, but backing her. And he knew it. And it’s short notice so he doesn’t have time to freak out. It’s make a decision, take time to shower, dress, pick her up, and go. Clever.

So The Boy voluntarily went to a dance. For just a short bit, long enough to make an appearance, quick run around the room so she could show off her tall, skinny boyfriend who took the time to put on a suit jacket with his jeans – not the entire suit, just the jacket but close enough. Then they ditched and went to a movie. No clue what they’re seeing. Hubby is hanging out playing chauffeur. Dinner and/or dessert may or may not happen after. No one tells me anything.

Meanwhile The Girl and I are watching TV and making Valentines. This is a big holiday with wide appeal so surely there’s a niche for our Valentines. What do you think? 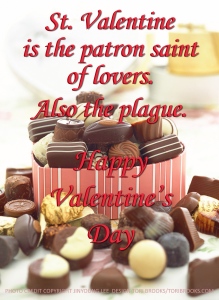 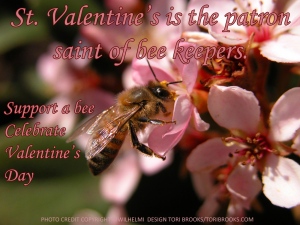 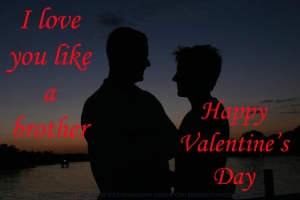 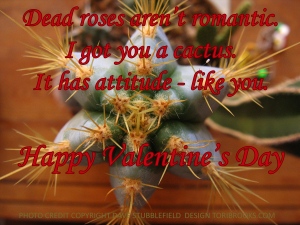